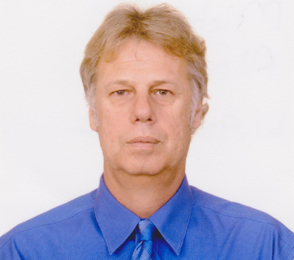 Started over 28 years ago, A Absolute Bail Bonds is owned and operated by Michael Alexander.  Mr. Alexander is a life-long resident of Brevard County. Having grown up in Indian Harbour Beach, FL, Mr. Alexander attended and graduated from Satellite Beach High School in 1976, where he set numerous track and field records. After graduating, Mr. Alexander joined the United States Navy where he served as a hull technician aboard the U.S.S. America Aircraft Carrier CV-66 from 1977 until 1983 and also served on the U.S.S Pensacola LSD-38. Mr. Alexander was honorably discharged and attended college at City of Chicago, Old Dominion University and at the University of Florida, graduating in 1986. After college, Mr. Alexander returned to Brevard County to start his own bail bonding service.

Throughout his 28 years of experience as a bail bond agent, Michael Alexander  has acquired numerous court time hours and has an excellent working relationship and reputation with judges, court officials, defense attorneys, prosecutors, and other bail bondsman. Mr. Alexander’s mission is to provide fast and reliable bail bonding and to provide top-notch personal service throughout the bail process. A Absolute Bail Bonding Service is Brevard County’s premier bail bonding agency. With several, convenient locations throughout Brevard County, we are minutes from the Brevard County Jail and a short drive from all major courthouses. We have two, safe and secure locations conveniently located in Melbourne and in Cocoa. We serve all of Brevard County as well as neighboring Orange, Seminole, Osceola, Volusia, and Indian River County. A Absolute Bail Bonding Service is a fully licensed and insured business. We are open 24 hours a day, 365 days a year! Our trained bail bonding agent will calmly guide you through any arrest or bail emergency. We can provide information about any charge, any where!

We provide bail bonds for ALL of the following charges:


Inmate arrested - Engaged in Bail Bond Business without a license